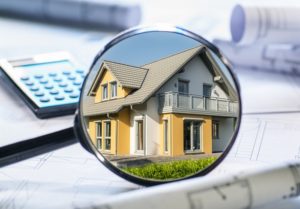 The head of the Canada Mortgage and Housing Corporation (CMHC) gave a candid assessment of the country’s housing market, saying the homeownership “party” will come to an end.

Evan Siddall made the comments during an interview with BNN’s Amanda Lang on Thursday.

“Lukewarm would be the temperature [of Canada’s housing market],” he said, noting that expectations for future growth have eased up. “Part of that is in response to policy actions that people may think are more important than they are.”

And what does he say is the biggest risk factor facing the housing market?

“It is still indebtedness; indebtedness among young people because people tend to default when they lose their job within the first or second year of a mortgage,” he told Lang. “So that’s what we’re worried about.”

He added that the wider economy is also vulnerable to external factors—trade wars being a key threat right now. “We don’t know what the next big [headwind] is going to be. We do know that we have fewer arrows in our quiver to respond to it,” he said.

His comments come on the heels of the CMHC’s latest Housing Market Assessment, which lowered its vulnerability rating for Canada’s housing market to “moderate,” down from the “high” rating it had for the past 10 straight quarters.

CMHC noted the inflation-adjusted average home price fell in Q4 2018 by 5.4% from a year earlier. And while inflation-adjusted personal disposable income dropped by 1.2% over the same period, CMHC said the young adult population grew by 1.9%, increasing the pool of potential first-time homebuyers.

In his interview on BNN, Siddall said more housing supply “of almost every type” is needed in both of those markets. He also suggested private capital could be used to alleviate the supply shortage. “Microsoft is investing in housing for its employees in Seattle. Big employers here could do the same thing,” he said. “There are concerns about the affordability of places like Toronto and Vancouver, and CEOs are thinking, ‘Geez, should I move to Mississauga? Should I move to Abbotsford?’ Well, if they invest in housing, they don’t have to do that.”

Responding to criticism that the government’s First-Time Home Buyer Incentive (FTHBI), announced in March, will have a minimal impact on assisting first-time buyers, Siddall said it was purposely designed to be “surgical.”

“[The FTHBI] is deliberately designed to be a surgical response to people being excluded from the market,” he said. “And so, because it’s a marginal program, and people are being excluded at the margin, it’s targeted right there. And if it were much larger, it would have an inflationary effect.”

He said the program will have “zero impact” on home price inflation across the country, estimating it to be between 0.02 and 0.04%.

While the equity-sharing down payment assistance program will allow the government, through CMHC, to participate in both house price gains and losses, Siddall said no decision has been made on what the cap on losses would be.

“What I do know is that the government of Canada doesn’t want to profit off this: we don’t want to be sending a signal that prices are going up, so we’re looking at what we can do to navigate that,” he said.

What Our Customers Are Saying About Us!

by Saleem Raza on Majestic Mortgage

This was our third property purchase and we have been using Harry’s expertise on all occasions with our mortgage needs. We have found Harry very professional, very thorough and when needed very discreet. He was able to put in action a plan that enabled us to improve our situation. He is non-judgmental and is able to make you feel comfortable and confident. He was very accurate with his paperwork and most importantly he did what he promised at all times.

by Wendy Simpson on Majestic Mortgage

by Jeannete on Majestic Mortgage

Harry is outstanding. He was responsive to our needs, he worked hard & fast on a time-crunch! We live in Shelburne and getting the paperwork to them and having to deal with the over the phone was extremely easy and he even came to a place of our convenience to get the paperwork signed. He got us an excellent rate and we are very pleased. If you are looking for someone to help with your mortgage he is your guy!

by Janice on Majestic Mortgage

I am very pleased to write this note in appreciation of what Harry did for me recently. He struck me as a professional who is very knowledgeable ​and very resourceful. He was very helpful right from the time of our initial contact. I was having difficulty getting a mortgage due to my bruised credit but he reassured me that there is always a way. He’s very warm and friendly and this combined with his professionalism made me very comfortable and less anxious. The mortgage was approved without any difficulty or obstacles. During the process, he was always there, available 24/7 for any questions. Harry is a one-stop shop for anyone shopping for a mortgage.

by Humera Siddiqui on Majestic Mortgage

Harry’s expertise, professionalism and exceptional customer service made my refinancing process timely and efficient. I had a fairly new job and had a challenging credit, Harry consistently provided me great advice on how I can bring up my score. Even after all this he made the deal happen with an A lender! I believe anyone who uses his services will quickly see the value he provides to his customers.